3 weeks before it was scheduled to start I was ready to pull the pin and cancel it altogether. Fortunately my better half convinced me to push on and make it happen. The concern was there seemed to be a real lack of interest in attending the first ever Empower U program in Canberra. I am so thankful that I committed to proceeding. We ended up getting a huge amount of participants join the program with only a week to go.

Having run this program all around the world for almost 15 years now I have seen a lot in my time. While it is hard to say which program over the years was the real standout, as there are so many things to consider, I will go on record to say that this was one of the best I have ever run. The main thing that stands out in my eyes is the amazing amount of commitment that the large majority of participants showed right form the start. Usually groups can take some time to warm up and get going. In this case I did not have to call out the group once in terms of energy or participation. As a presenter you cannot ask for much more from your audience.

I should also mention that at each program we have a designated task called “team performance” where each team has the weekend to come up with a skit, song or play that involves their team identity and also what they learned over the weekend. These performances, more often than not, can be hit and miss. The main purpose is to get participants working together and bonding and for that reason alone it is worth doing. However, with this group, they put on a real show. Every team performance was outstanding and I can say, without hesitation, that it was the best collective performances in the history of the program.

I also want to take some time to thank my industrious, committed, loving and amazing assist team. We had a small team for this first one and, of course, there will be an opportunity for graduates of Empower U Canberra to join our team over the coming year but the guys below were outstanding. Thanks to Adam Ceh, April Bright, Jordan Houston, Salena Kulkarni and Jane Hiatt. Without your help this would not have been possible. 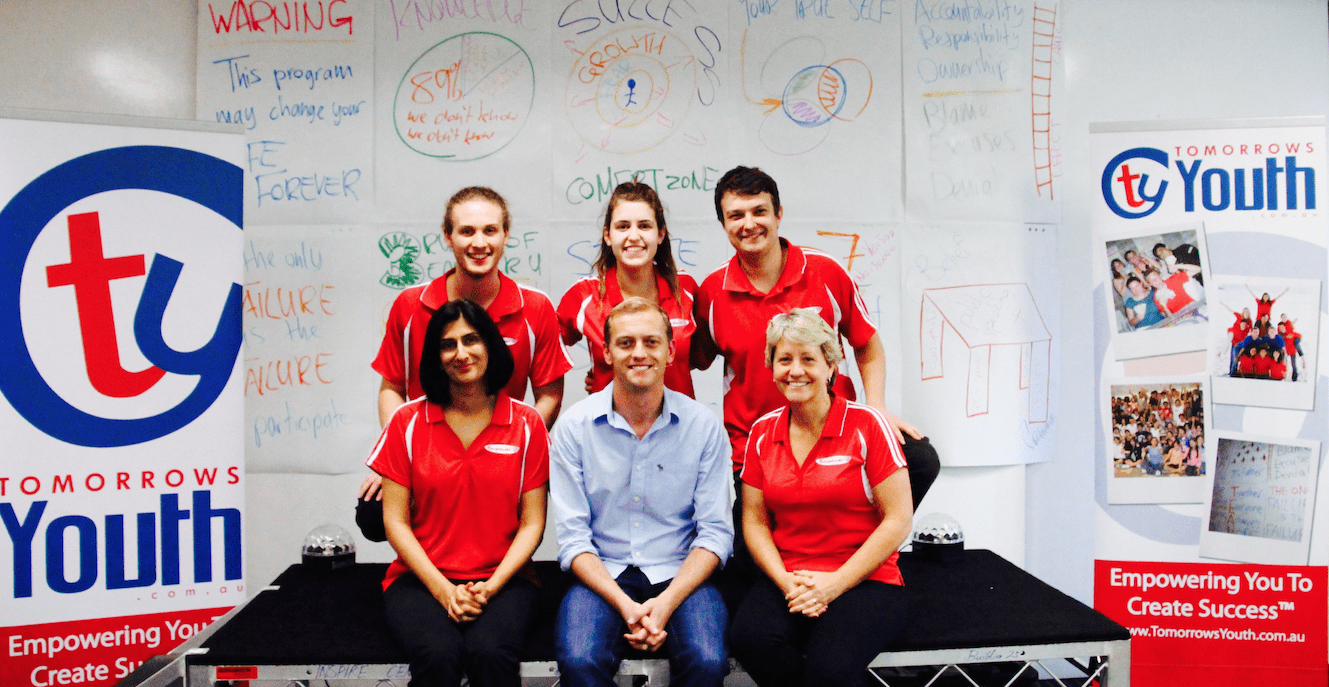 As a result of the success of this first Canberra event we have committed to run one more before the end of the year. It will be held once again at the Inspire Centre in Canberra University and we already have over 40 booked in so if you are interested in sending someone along please get in touch with one of the team by emailing your interest to bookings@tomorrowsyouth.com.au as we may need to cap the numbers soon. It will be held from the 4th to 7th December 2015.

Lastly, I should commend some of the local schools who really got behind the program in a big way. It is this support that has given our team the certainty to make roots in Canberra so that we can establish Empower U as a long term opportunity for local teenagers. In particular I want to make a special mention to thank Mary De Poorter from Telopea High. She has been an amazing beacon of support for the work that we do. If only schools had more teachers like her.