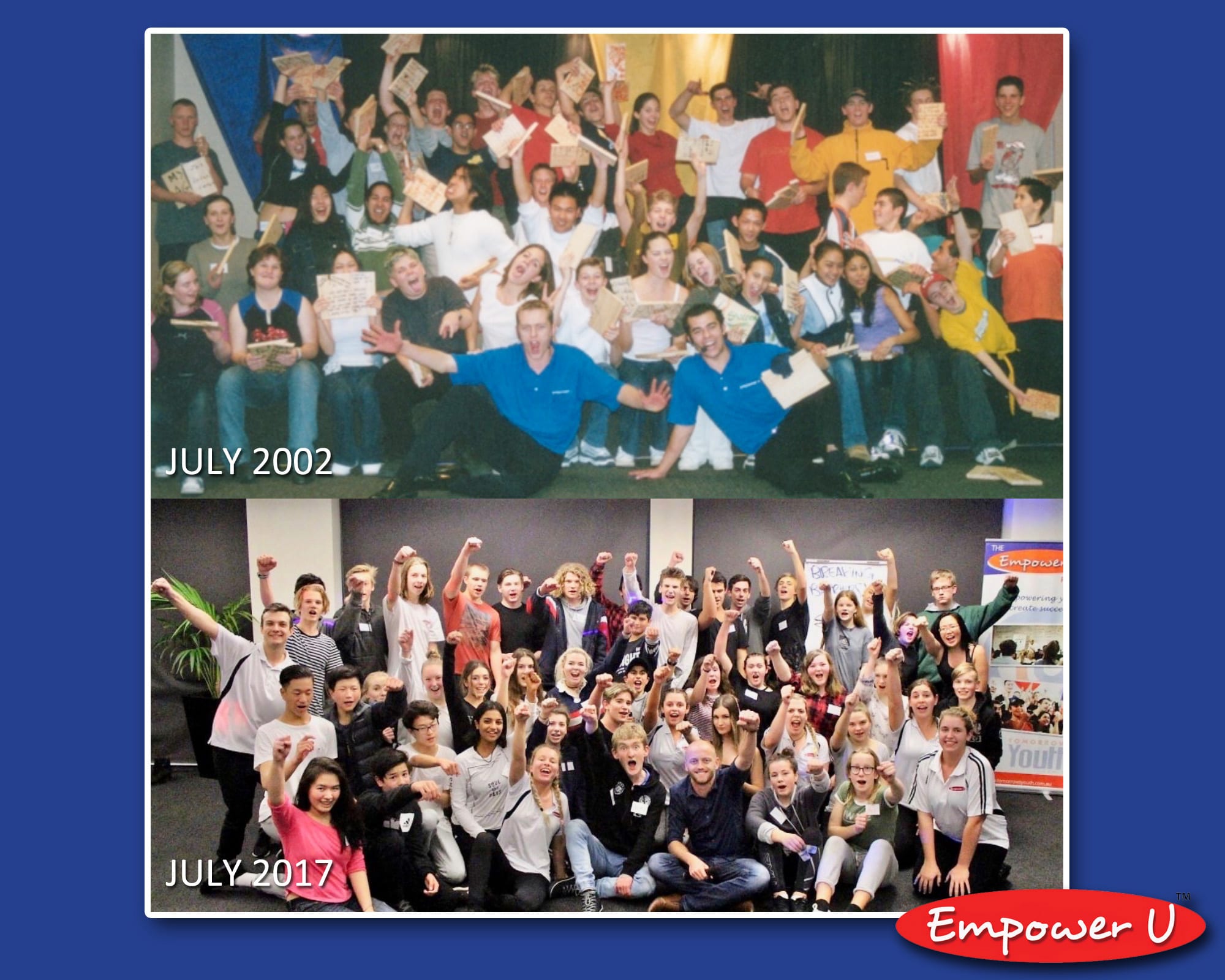 What a momentous occasion. July 2002 was the very first Empower U program ever held. I remember clearly how full of nerves I was. It was the culmination of two years of hard work, sacrifice and dedication. During the build up to that first event we were also met with a lot of negativity. While we were being commended for pursuing such a noble and worthy venture, many felt that teenagers were not going to get out of the experience what we thought they were. Since they were not paying for it themselves, they had not gone through the life experiences to see the value in it and they did not have the attention spans to really engage with the content over a long period of time. Well it is safe to say that after that first weekend all of those fears and doubts were washed away. Fast forward to July 2017 and we returned to Melbourne for the first time in almost ten years to run what would be the 15 year anniversary program for Empower U. 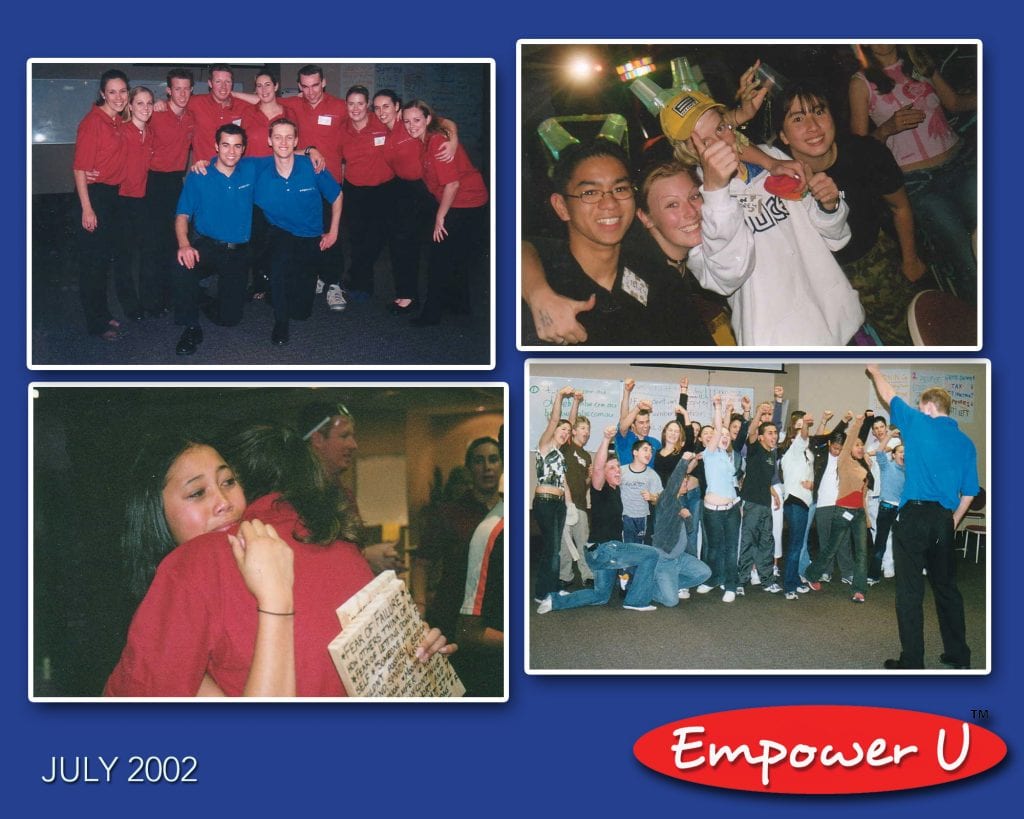 What was interesting to note were the similarities between both events. For starters both had almost the same number of participants. Both programs also presented a few challenges over the weekend. The first program’s challenges were certainly unique. They centered around the fact that it was being the held for the first time and that I did not have the experience as well as the skillset that I have built up from running hundreds of events since. This recent program also gave myself and the team some challenges, although of a different kind. While both programs had participants who struggled more than others to get involved and gain an outcome, the difference were more so why the participants struggled. 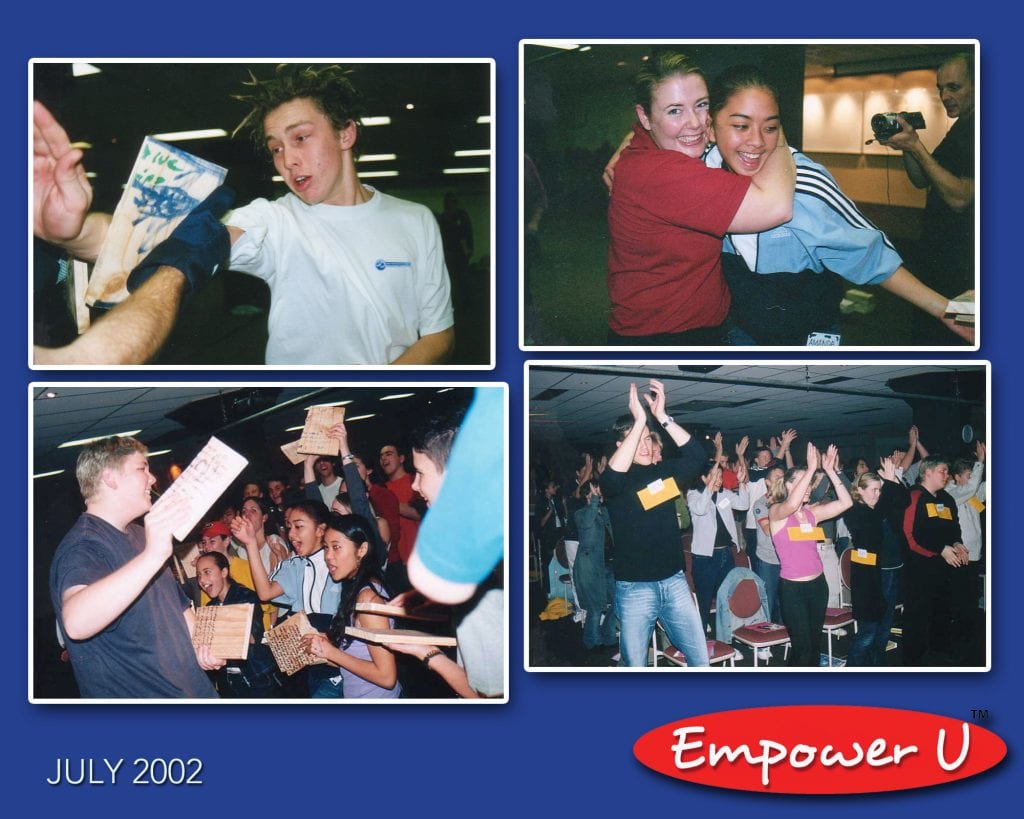 In 2002 the internet had only just made its way into our homes and was still fairly new for most people. Things like social media and smartphones were not yet dominating the lives of young people. Through my lifetime and the timeline of running events I have witnessed first hand the change in technology and the massive impact it has had on our young people. That impact being the shift in the kind of challenges and their severity experienced by youth.

Currently in any one year alone 1 in 7 young Australians experience a mental health condition, with the overall lifetime risk for Australians experiencing a mental health condition being 1 in 2. It is also important to note that 50% of Australian teenagers now suffer from what is called a “screen addiction”. The overuse of technology, in my mind, is a big reason why so many young people suffer anxiety and depression. The connection to technology means we are no longer present a lot of the time. You see, when we are present we sit in our own thoughts. When we sit in our own thoughts we begin to ask ourselves questions. I have always been a strong believer that the quality of the question you ask yourself will always determine the quality of the response. Young people simply do not talk to themselves as much as they used to. Think of being “Present” like a mental detox. It is why, by the end of Empower U, there is so much elation. For anyone reading this who has been at the end of any of our events you will know what I am talking about. 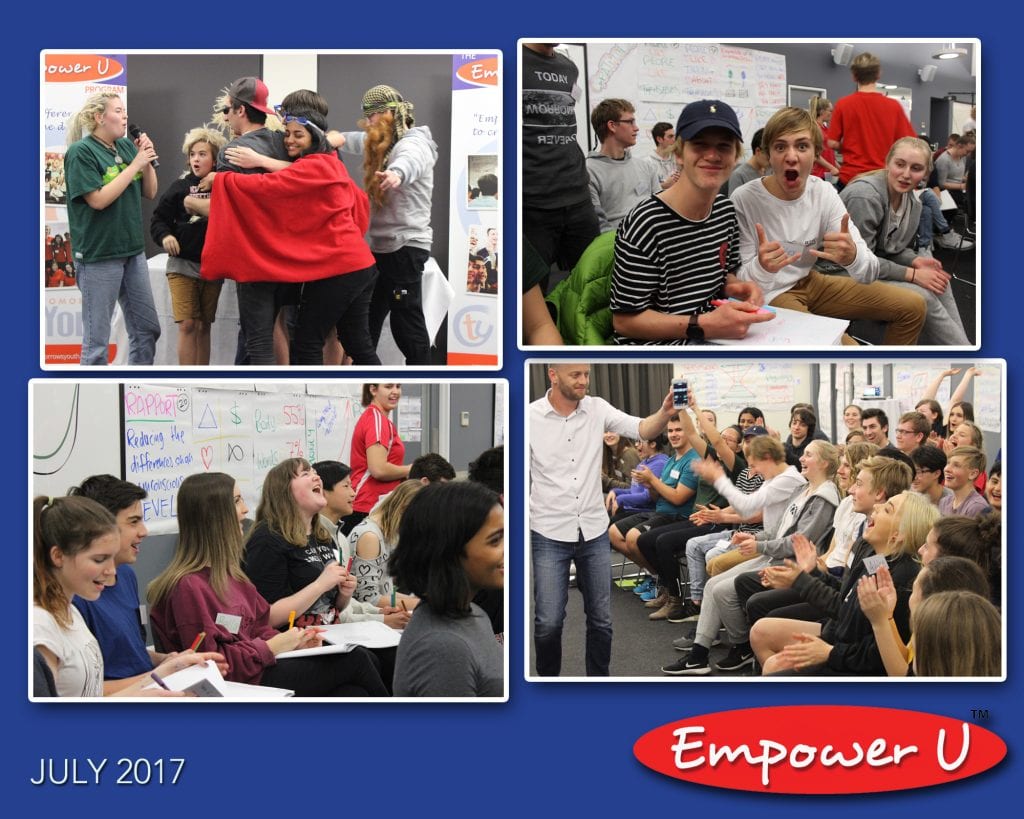 I feel like, now more than ever, the participants at my events feel a connection with their peers that they have not experienced before. I was having lunch with one of my team recently. His name is Mark and we were talking about how young people have less genuine friends now but more connections. Lets recognise that the smartphone, in its modern form, has only been around since 2008. Not even a decade yet. Social media platforms like Snapchat and Instagram have been out for around half the time as smartphones. Do we really know the real impact that these platforms are having on the minds of young people? 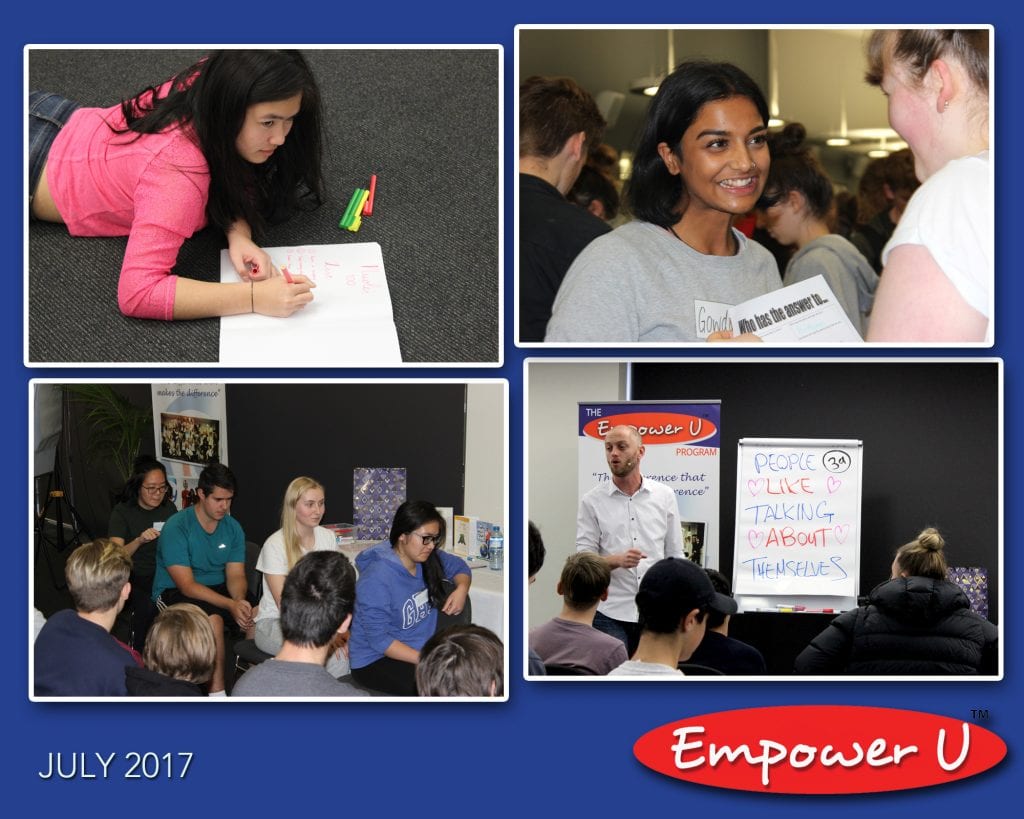 With all of the challenges teenagers and young adults face from constantly being ‘plugged in’ there exists an ever growing need for education to empower them to overcome these issues. The Empower U program I co-founded 15 years ago was designed to teach practical skills to allow young people to help discovers their goals in life and shape a mindset as well as skill set in order to pursue it. I believe it is needed now more than ever. If you know a teenager in your life that could benefit from this kind of experience please let them know about us. I still believe Empower U is Australia’s best kept secret. I hope it does not stay like that for much longer. Here’s to another 15 years changing the lives of young people for the better.